27 families of Nukui Village, Rewa were relocated after tidal waves entered the village on Saturday

27 families of Nukui Village, Rewa were relocated after tidal waves entered the village on Saturday 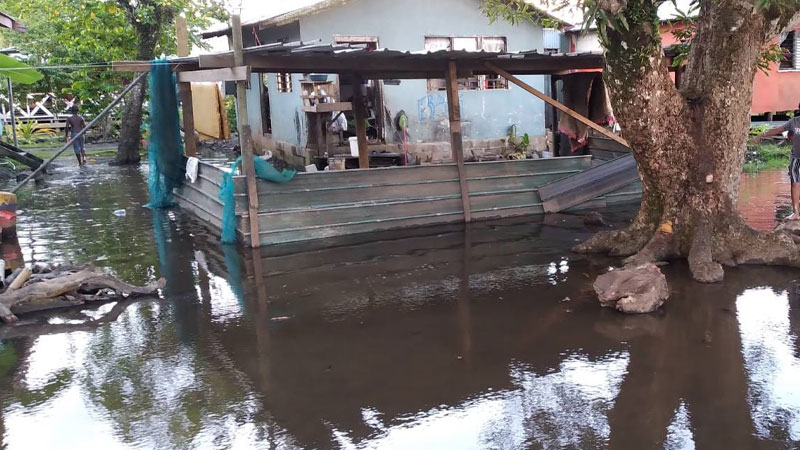 27 families of Nukui Village in Rewa were relocated as tidal waves entered the village after the volcanic eruption in Tonga on Saturday afternoon.

This was confirmed by the Roko Tui Rewa, Waisake Manako who says that these families were relocated to the villages of Tavuya, Drekena, Dreketi and some were taken to their family members in Suva.

Manako says none of the houses sustained damages but they took this measure as a necessary precaution.

He says they were hit with three big waves that entered the villages, and they had evacuated women, children and the elderly while some men of the village stayed back to monitor the situation.

Manako says tsunami awareness still needs to be done as people still do not know what to do when this happens.

Manako says there were plans to relocate Nukui Village, but this discussion is far from seeing the light of day, and this is why they have opted to take precautionary measures when there is a tsunami or flood warning given.

Manako also thanked FRIEND Fiji for their assistance in donating food to the families who were relocated.

Fijian Drua vs Chiefs First Half ... 24 minutes ago
LATEST NEWS