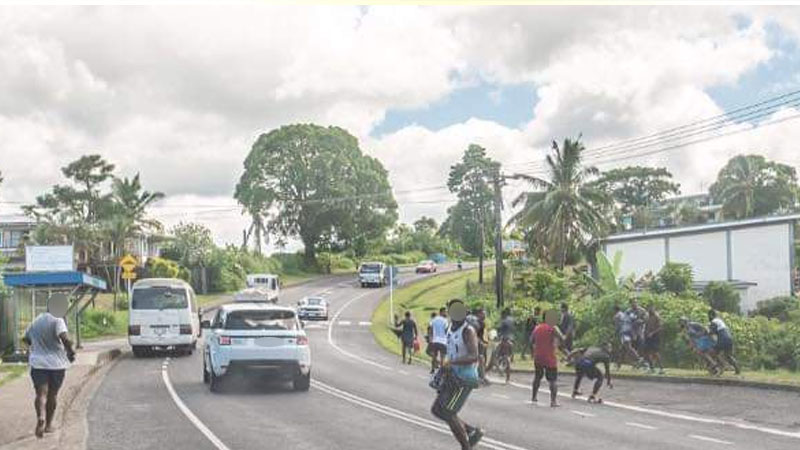 The 18 youths from Sukanaivalu Road who were taken into custody for their alleged involvement in the brawl in Nabua yesterday have been questioned and released.

It is alleged that these youths threw stones at other men from Mead Road and as a result landed two of them aged 21 and 27 years at the CWM Hospital.

Police Chief Operations Officer, ACP Abdul Khan says some key players have been identified in their ongoing investigation and house to house visits.

30 police officers are closely monitoring the situation in Nabua.

Meanwhile, no one has been charged for the Sukanaivalu Road and Mead Road Housing brawl that took place on the 3rd of this month.

During this incident, a group of people from Sukanaivalu Road had allegedly assaulted some of the boys at Mead Road Housing.

Two people were admitted to the CWM Hospital as they sustained serious injuries after being allegedly hit by cane knives.

It is alleged the group from Sukanaivalu Road were armed with cane knives, steel rods and pieces of timber.