14 people homeless after a fire in Vuqele, Tavua

10 vehicles destroyed after a fire in Kennedy Avenue in Nadi

14 people homeless after a fire in Vuqele, Tavua

10 vehicles destroyed after a fire in Kennedy Avenue in Nadi 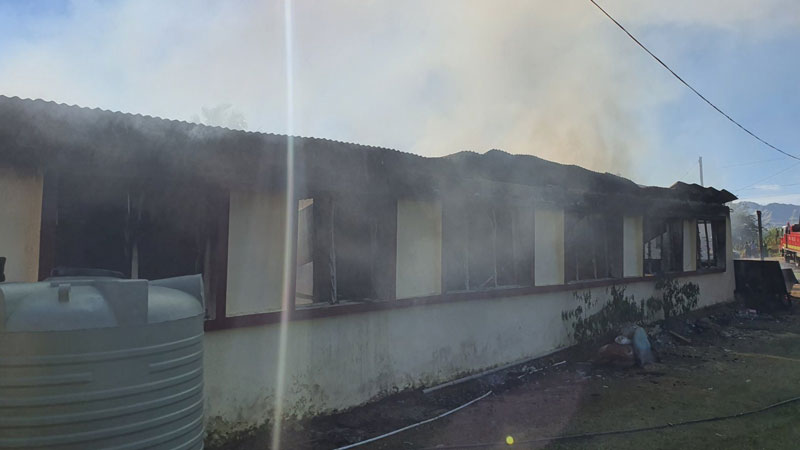 The two-flat home in Vuqele, Tavua that was destroyed by fire yesterday. [image: NFA]

Fourteen people are homeless after a fire destroyed their two-flat home in Vuqele, Tavua and the National Fire Authority says their investigations have been completed and there is a probable cause that the fire is electrical related.

The NFA was alerted about the fire at 7.43am yesterday.

Sowane says the house was situated on a hill and the windy conditions contributed to the fast spread of the fire.

Firefighters managed to save the adjoining house with its two bedrooms and they saved another house which was situated about 2 to 3 metres away.

The NFA has acknowledged the assistance of the Vatukoula Gold Mine firefighters and others who assisted them.

In another incident, two coaster seater buses, one 15-seater minibus, 7 cars, assorted spare parts and tyres in a garage belonging to Imaam’s Transfers and Tours were destroyed in a fire in Kennedy Avenue in Nadi on Thursday.

There were no causalities in both incidents.

Sowane says they are working with the Police to establish the probable cause of this fire.