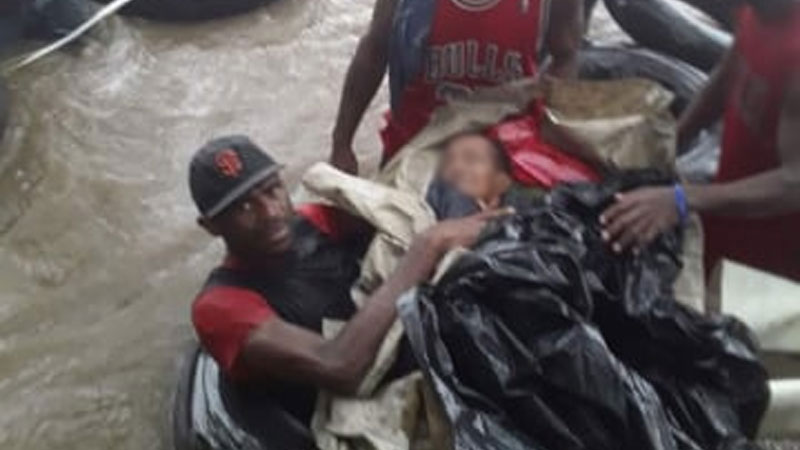 A 62-year-old woman from Ba who was in extreme pain and needed urgent medical attention on Sunday were assisted by 11 men and a 19-year-old woman after they tied up tubes to carry her to the other side of the flooded river where a doctor and Police officers were waiting to transport the woman to the Ba Mission Hospital.

32-year-old Jonacani Vutoro who hails from Toge, Naloto in Ba and also works at Balevuto Health Centre says he heard the woman’s son pleading for help as his mum needed assistance.

Vutoro says he called the doctor at Ba Mission Hospital regarding the patient’s status and also asked the village nurse and the Village Headman for help as the flood waters were rising in their area.

He adds with the help provided by the Turaga ni Koro, a team of 11 men and a 19-year-old woman transported the 62-year-old woman in tubes to the other side of the river.

Vutoro says the woman is being looked after by the doctors and nurses at the hospital.

Fijian Drua centre Kalaveti Ravouvou who will make his debut for the Vodafone Flying Fijians this afternoon is relishing the opportunity to play again... 45 minutes ago
LATEST NEWS

20 people were charged with a total of 47 counts of serious sexual offences last month. Of the 20 people charged, two were 17-year-old boys who ... 54 minutes ago