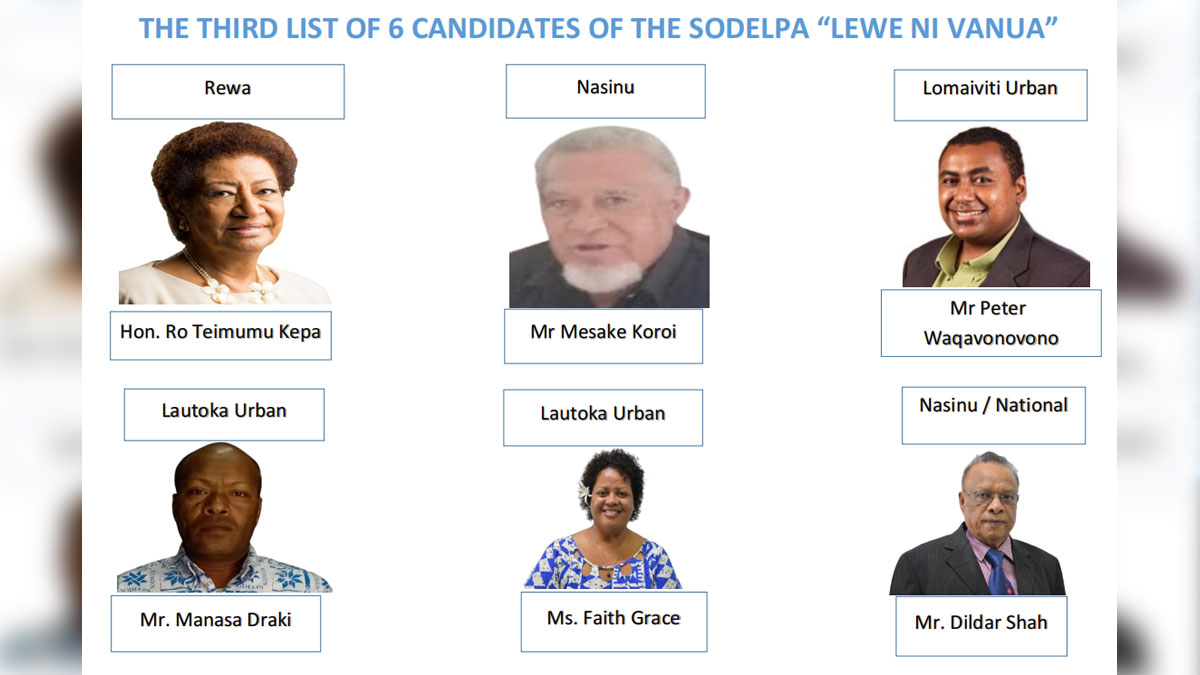 Marama na Roko Tui Dreketi, Ro Teimumu Kepa is one of the six named in the third batch of provisional candidates for SODELPA.

Ro Teimumu had stated early this year that she will not run for elections and retire from politics.

The party's women's wing then approached her to reconsider her earlier stand.

Ro Teimumu accepted their call and stated she will participate.

SODELPA has it's own system of selecting people to represent the different areas of Fiji although our electoral system has only one constituency which is Fiji.

SODELPA says Ro Teimumu will be representing the Rewa area, Mesake Koroi for Nasinu, and Dildar Shah also for Nasinu/National.

Peter Waqavonovono is standing for Lomaiviti Urban area, while Faith Grace and Manasa Draki will both be for the Lautoka Urban area.