Bainimarama says Prof. Prasad who maybe is a rich Indo Fijian will just get on a plane and go overseas if there is trouble

Prof. Prasad calls on the PM to stop threatening people

Bainimarama says Prof. Prasad who maybe is a rich Indo Fijian will just get on a plane and go overseas if there is trouble

Prof. Prasad calls on the PM to stop threatening people 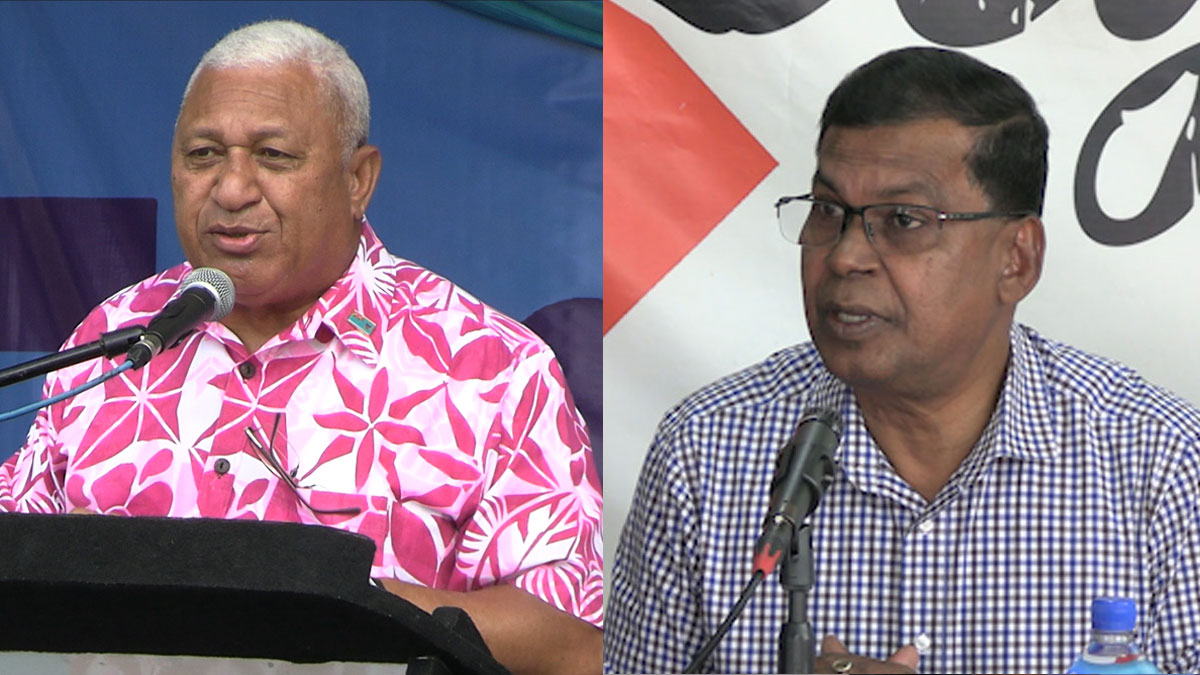 FijiFirst Leader, Voreqe Bainimarama is now saying that National Federation Party Leader, Professor Biman Prasad is pretending not to know what happened during the 1987 and 2000 coups after Bainimarama said that he has heard some parties are saying they will give freehold land back to the iTaukei.

While speaking in a rally in Nadi, Bainimarama says these things create bloodshed and people like Professor Prasad who maybe is a rich Indo Fijian, will just get on a plane and go overseas.

Bainimarama says beware of the sweet talk of politicians as they do not want the Great Council of Chiefs back and no one misses them.

The People’s Alliance, National Federation Party and SODELPA say they are not talking about giving freehold land to the iTaukei.

Meanwhile NFP Leader, Professor Biman Prasad says he does not know where Bainimarama is coming from when he is talking about land and especially freehold land as the leaders in the Opposition are not talking about alienating freehold land.

He says Bainimarama is imagining things and trying to create fear amongst the people of this country.

Professor Prasad also says he has not run away in the plane in the past when disaster struck the country in 1987, 2000 and 2006.