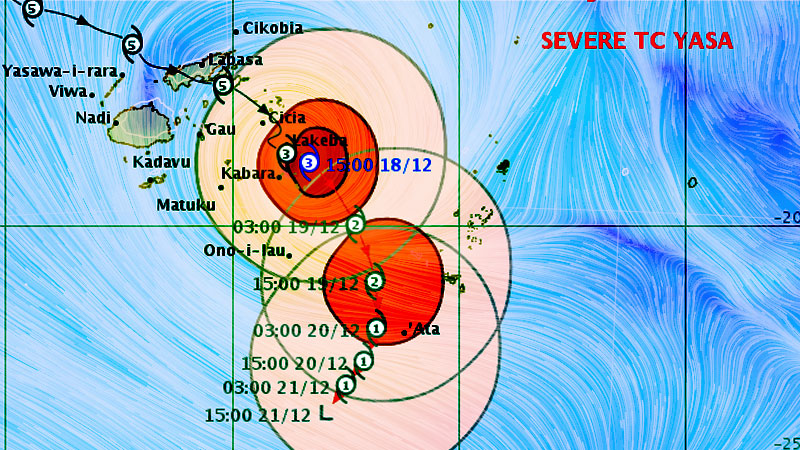 The centre of Tropical Cyclone Yasa was located about 20 kilometres South of Lakeba and has been downgraded to a Category 3 Cyclone.

The cyclone is moving South East at about 18 kilometres per hour.

The Nadi Weather Office says the centre of the cyclone is expected to exit Fiji waters as early as tomorrow morning as a Category 2 Cyclone.

A strong wind warning is in force for the rest of the Fiji group.

A storm surge and damaging heavy swell warning remains in force for Southern coast of Vanua Levu, Taveuni and nearby smaller islands, Lomaiviti and Lau group.

A man guilty of raping his stepdaughter will be sentenced by Justice Daniel Goundar today. He was found guilty of two counts of rape. It was ... 9 minutes ago