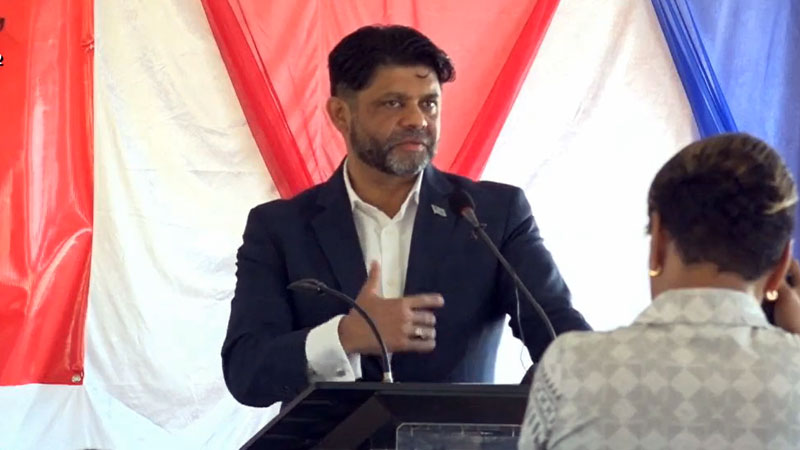 Attorney General Aiyaz Sayed-Khaiyum says working maybe about earning a living but it is also about happiness.

While speaking at the Tavua College Prefects Investiture Ceremony today, Sayed-Khaiyum urged parents to allow their children to pursue a career that they want to pursue.

He says do not force them to become something that they don’t want to become.

Sayed-Khaiyum also told those present at the ceremony that it is important that people access the right information.

He also urged the prefects to maintain their integrity, be honest and fair.

A man in his 30s from Tau Village, Nadroga has passed away following an accident after 9 last night. Police say the victim was driving the vehicle ... 56 minutes ago
LATEST NEWS

A Suva businessman is currently being questioned by police for allegedly attempting to rape his staff. The man is in his 60s. The woman who is ... 5 minutes ago