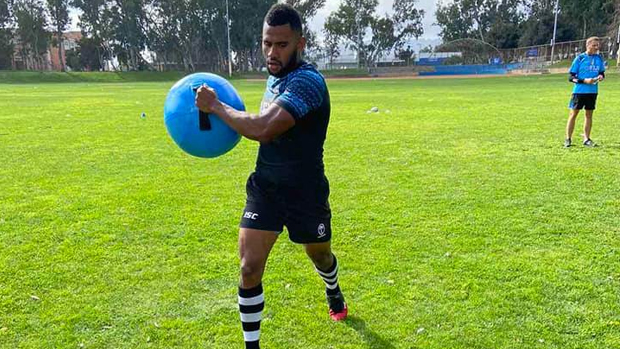 Fiji Airways Men’s National 7s Coach Gareth Baber says a win this week in Los Angeles will enable them to move closer to their goals of retaining the series and win gold in the Olympic Games.

Speaking from LA, Baber says during their training sessions they look at ways they can become better and how to progress from tournament to tournament.

He says it is important that players stay in that same level they were in Sydney as this week they have been working on areas he sees they need to improve in as their restarts and ball retention.

Baber is expected to name his 13 member team tomorrow.

Fiji’s first pool match in the Los Angeles 7s is against South Korea at 6.51am this Sunday.

The national side will then face France at 9.47am this Sunday while Fiji’s final pool match is against Argentina at 1.05pm this Sunday.

The Cup final of the Los Angeles 7s will kick off at 12.26pm next Monday.


Stay tuned for the latest news on our radio stations