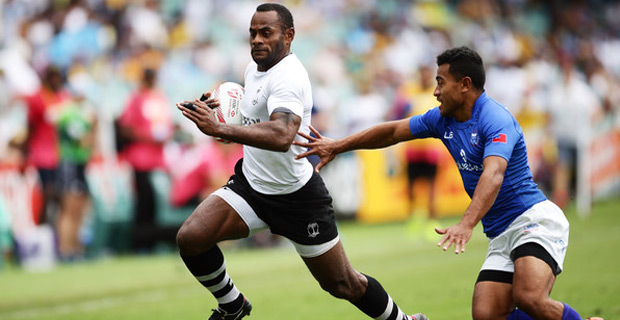 Joeli Lutumailagi of Fiji beats the defence during the mens pool match between Fiji and Samoa in the 2017 HSBC Sydney Sevens at Allianz Stadium on February 4, 2017 in Sydney, Australia.[Photo:MattKing]

The experienced, Joeli Lutumailagi has been included in the Fijian Latui side named to take on Kagifa Samoa in New Zealand in the Global Rapid Rugby competition this afternoon.

Lutumailagi who will start at outside centre has won 98 caps for the Fiji Men’s National 7s team and scored 71 tries in the process.

The Fijian Latui have won and lost one game in the competition.

The Fijian Latui, Western Force and Kagifa Samoa are the teams competing in the Pacific Showcase Series of the Global Rapid Rugby competition.