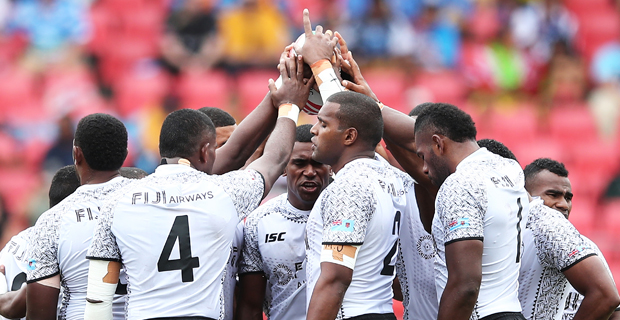 Supporters of the Fiji Airways Men’s National 7s team in London have been urged not to visit the team members at their current location.

In a statement, the Fiji High Commission in London says this was a plea from the team management.

They have urged supporters to respect the decision as this is the two most critical tournaments.

Fiji will need to win the London and Paris 7s in order to claim the series title.

Fiji is also the only team that has won 3 tournaments in this series including Cape Town, Hamilton and Hong Kong 7s.

Fiji will meet Kenya in their first pool match of the London 7s at 9.36pm Saturday, they will take on France at 12.42am Sunday and will play their last pool match against Samoa at 3.48am Sunday.

Barring any upsets, the Fiji is likely to meet England or Scotland in the quarter final, they are likely to take on USA or Argentina in the semifinal, or New Zealand or South Africa in the final.

The Fiji Revenue and Customs Service Acting CEO, Fane Vave confirms the screenshot of an email which is allegedly talking about overstating of governm... 27 minutes ago
LATEST NEWS