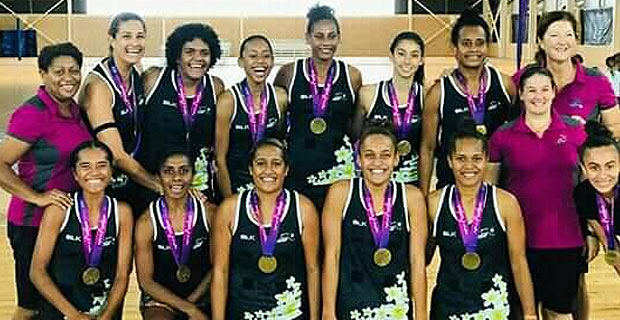 The Fiji Pearls have won gold at the Arafura Games in Darwin [Photo: Supplied]

The Fiji Pearls have won gold at the Arafura Games in Darwin, Australia after defeating the Australian Defence Force 65‑37 in the final.

This is after the Pearls defeated Brunei 90-60 in their semifinal match while Australian Defence Force beat Pints Netball Club 45-33 in the second semifinal. The Pearls were undefeated in the tournament.

Fiji Pearls Center, youngest player, and newcomer Aliti Toribau says it was worth the experience and she is now focused on trying to make the cut to represent Fiji at the Netball World Cup.

The Fiji Pearls will also meet the Silver Ferns in June as they continue their preparation for the Netball World Cup.

The Pearls are currently ranked 14th in the World Netball Ranking.

The Netball World Cup will be held from the 12th to the 21st of July this year in England.