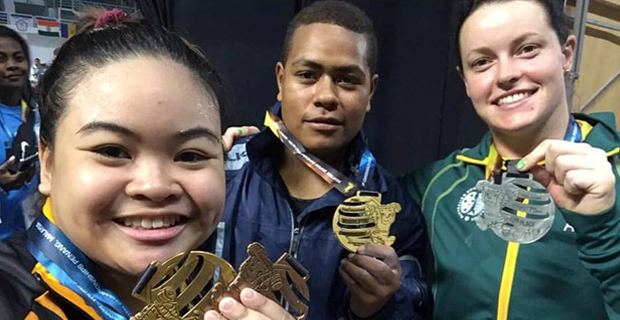 She is competing in the 69Kg at Gold Coast.

Apolonia won Gold medals in the 75Kg weight category at the Commonwealth Championships in 2015 in Pune, India and again in 2016 at Kuala Lumpur, Malaysia.

She is the only weightlifter from Fiji to ever win a Commonwealth Title.

Apolonia is also the defending champion from the 2016 Oceania Weightlifting Championships.

She won Gold in the 69 Kg weight category, in Suva, with a lift of 206Kg, by beating Eileen Cikamatana by a mere 1 Kg, the narrowest of margins, to qualify for the 2016 Rio Olympic Games.

They will be joined in Gold Coast by Eileen Cikamatana who is training under Paul Coffa at the Oceania Weightlifting Institute in Noumea.

The team departs for Gold Coast on Sunday 3rd September with competition starting on Tuesday 5th.