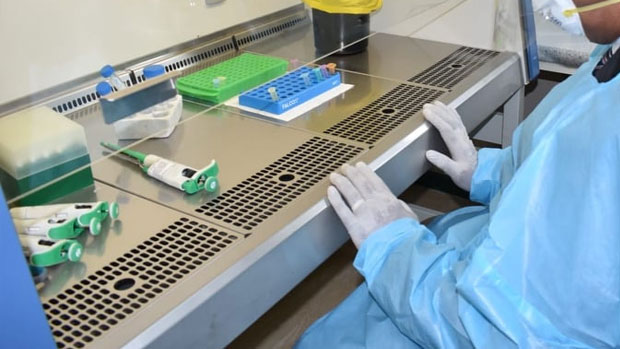 Minister for Health  Dr. Ifereimi Waqainabete confirms that they have been able to trace a total of 834 people who had come into contact with the 9th case of COVID-19 in Fiji who was a 54-year-old man from Soasoa Labasa.

Dr. Waqainabete says these were both direct and indirect contacts which includes his son daughter-in-law and granddaughter from Nabua in Suva who earlier tested positive for COVID-19.

He has assured the nation that they have been able to get in touch with the contacts and the mechanisms of self-isolation for those who need to be self-isolated is now ongoing.

Dr. Waqainabete says from cluster one which is the flight attendant from Lautoka there were a total of 165 contacts, where a few came out as asymptomatic and 5 came out as positive.

He says from cluster two which is based out of the Nadera case there were 30 contacts where none of them had any symptoms and they are all in isolation.

Dr. Waqainabete says there are no serious concerns regarding cluster four which is based out of the Nadi case.

The Health Minister also says that about 30 people who had come into contact with the two hair-dressers who were earlier tested positive for COVID-19 have come forward and contacted them.

He also says that the Ministry has spent nearly $10 million in their attempt to combat COVID-19 so far.

Dr. Waqainabete says some of these funds were given by government before the COVID-19 Response Budget and all other government ministries are supporting the Ministry of Health so the cost is much more than that.

$20,000 has been donated by Macao-based Chinese company David Group and its charity arm, Soi Ian Charity Association to the COVID-19 Relief ... 34 minutes ago

A live tsunami siren test will be conducted in the Central Division from 10am to 11am tomorrow by the National Disaster Management Office in ... 46 minutes ago

Rakiraki businessman George Shiu Raj says they are intending to build a supermarket in Rakiraki Town at the site where his buildings were destroyed ... 47 minutes ago