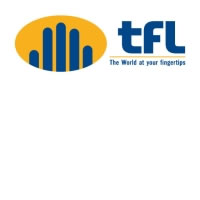 Telecom Fiji Limited confirmed that it has already executed a number of redundancies for employees in the Western Division as it continues with its restructure plans.

In a statement issued in the last hour, TFL Acting CEO Sakeasi Seru said the restructuring exercise identified a total of 177 positions to be made redundant, following which the company held open dialogue sessions with its staff nationwide.

Seru said consultations have been held between the Company and the Post and Telecom Workers Union as 135 of its members are affected.

TFL stresses that the redundancy process was not a decision that they came to lightly, however, it is imperative that our business model changes to to ensure that they continue to meet their stakeholders’ expectations.

However, the Post and Telecom Workers Union General Secretary Attar Singh said that its members are being given instant dismissal letters and they cannot stop TFL from going ahead with the redundancies.

The Chief Tribunal has allowed Telecom Fiji Limited to proceed with its redundancy plans without having to give its workers a 30 day notice as required.
Latest Videos

A man in his 30s from Tau Village, Nadroga has passed away following an accident after 9 last night. Police say the victim was driving the vehicle ... 31 minutes ago
LATEST NEWS