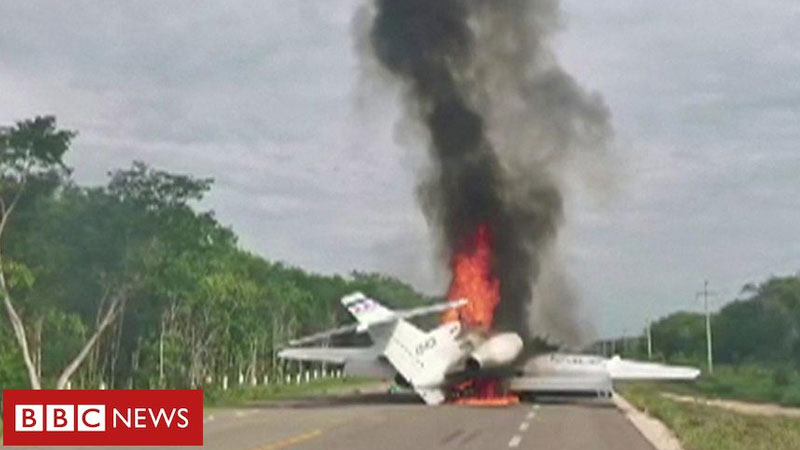 A jet aircraft suspected of carrying illegal drugs has been destroyed by fire after landing on a highway in southern Mexico.

Military Officials say a lorry packed with 390kg of cocaine was found nearby in the state of Quintana Roo.

The plane had been detected by the Mexican military as it entered Mexican airspace and was followed by military jets.

Troops were dispatched to the landing site but there are no reports of arrests.

A man and his wife who sexually exploited two young girls in Nakasi two years ago, will spend 16 years and 10 months behind bars. The man and his w... 18 minutes ago
LATEST NEWS

Fiji has recorded 66 new COVID cases since Friday. 14 new cases were recorded on Friday, 36 cases on Saturday, 10 cases on Sunday and 6 new cases ... 11 minutes ago

5000 youths are expected to benefit from the Open Skills Training that will be provided by the Commonwealth of Learning in partnership with ... 13 minutes ago