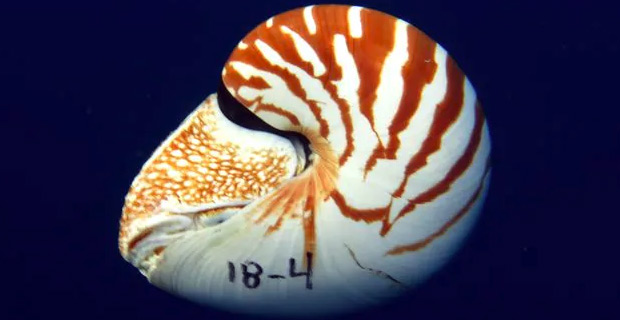 A new species of Nautilus has been discovered in Savusavu last week and have been named Nautilus Vitiensis.

The Nautilus is known to be a marine mollusc and even though Nautilus' meat is edible, they are more often caught for their beautiful shells.

While speaking at a Press Conference today, Director Fisheries Aisake Batibasaga says that scientists from USA who have been studying the Nautilus in regional countries began their study of the Nautilus in Fiji in 2013 adding that the discovery of the new species in Fiji is very rare.

Batibasaga says that the 4 nautiluses found in Savusavu are different from other species of nautiluses in Vanuatu and Samoa and they have been marked and placed back into the ocean.

He says that there is a domestic regulation in place that protects the Nautilus under the Convention on International Trade in Endangered Species governed and administered by the Ministry of Environment.

Marine Biologist Professor Gregory Barord says that they started a 5 year project in Fiji that began in 2013 and they are back to see what changes there might be with the abundance of the Nautiluses.

Biology Professor at the University of Washington Professor Peter Ward says that last year for the first time they were able to get international protection for Nautilus shells based on the Convention on International Trade in Endangered Species.

He says that this much‑needed international protection came after the species was threatened by trade due to a rise in the demand for its beautiful shells.