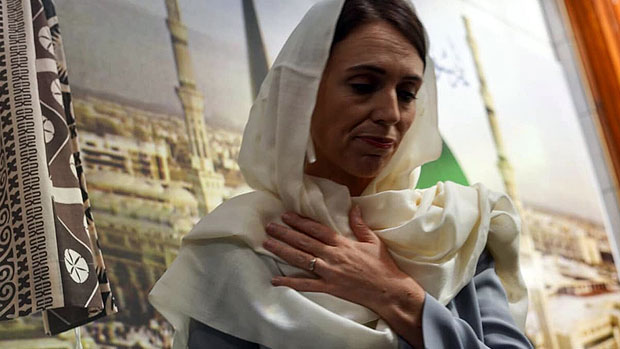 While speaking at the Lautoka Jame Masjid this morning, Ardern says as they approach the first anniversary of the terror attack in Christchurch against New Zealand’s Muslim community, they are filled with deep emotion and she wants to remember Fiji’s own people killed in this tragedy. Ardern says they were Fiji’s and now they are part of them.

Ardern says she wants to place on record New Zealand’s deep appreciation for the many messages of support and sympathy they received from Fiji following the March 15 attacks adding it gave them strength to know that Fiji stood in solidarity with New Zealand.

Ardern says it was especially moving to receive those messages when you faced your own grief.

The New Zealand Prime Minister says she remains ever confident and hopeful that a holistic approach to countering violent extremism – with social inclusion and basic humanity at its core – is the most effective way to prevent the recurrence of a tragedy such as the Christchurch terror attack.

Ardern says social inclusion stems from humanity, from choosing love over hate, and by embracing diversity.

Ardern says the attack was also designed to weaponise the internet, to capitalise on an underbelly of online racism and hate speech.

She says she has said before they cannot confront these sorts of issues alone, none of us can and so they united.

Ardern adds immediately after the attack, they worked with France to develop the Christchurch Call to Action to eliminate terrorist and violent extremist content online – through collaboration between countries, tech companies and civil society.

Ardern says freedom of expression is a fundamental human right, it is one that New Zealand protects, fiercely.

She says but no one has the right to create and share terrorist and violent extremist content online.

Ardern will depart for Sydney later this afternoon.