The President of the Fiji Pig Association, Simon Cole has expressed concern over the import of pork from Australia at a price to Fiji that is lower than what is sold in Australia however Minister for Agriculture, Doctor Mahendra Reddy says the local industry needs to look at it’s production system if Australian pork lands in the country at a cheaper price.

Cole says they are now facing an additional threat to their previously robust but now fragile industry.

This concern follows the announcement that two of the country’s three major pork producers are reducing their output by 40 percent.

Cole says this is a significant blow that could not come at a worse time. He says it reflects the damage caused by the pandemic that has temporarily killed our tourism industry, 60% of the market for pork sales.

He says the Pig Association’s concern is that the only people who will benefit from importing Australia pork are the Australian pig industry.

Cole understands Australian pork lands in Fiji at F$7 a kilo. With the importer making his profit, the price could increase by an additional 20 percent, or to F$8.40 at retail. He says the local pork currently retails at between $8 and $9 per kilo.

He asks where is the benefit to the consumer.

Cole also says these Australian pork imports are disrupting the market and interfering with the Fijian industry’s efforts to return towards normality. He says this must be addressed.

It has also been confirmed that the association members are selling carcass pork at $7 a kilo at the farm gate, a significantly reduced price that reflects the loss of the tourism market and a contraction of the consumer purchasing power.

Cole says the retail price for pork has fallen by 50 percent in most cases as butchers strive to find new outlets for their pork.

He says he hopes that the Australian industry, that has its own problems with its own traditional markets, is not simply exporting its problem to Fiji. He adds this has happened before.

Cole says food security is taking on an even greater meaning with the pandemic and we must do all that we can to ensure the nation can continue to feed itself and have a competitive industry once normality returns.

He says questionable outside activities that threaten our food supply must be scrutinized.

Meanwhile Minister for Agriculture, Doctor Mahendra Reddy says Cole has a conflict of interest as he is one of the largest pig farmers in Fiji.

Doctor Reddy says if he was Cole, he would take this opportunity to relook at whether he can raise productivity, reduce costs and differentiate our products.

He says the government will look at the benefit of the consumers over the protection of a few farmers in the pig industry.

Doctor Reddy also gave an example regarding rice where local rice farmers were arguing that we should not allow entry of rice without any duty. He says the government noted that they cannot put consumers at a risk because rice is a staple and very widely consumed.

However the government decided that rice was too important to be played around with just to protect a few people.

Doctor Reddy says if there is an issue of dumping then that needs to be investigated by the Fijian Competition and Consumer Commission. He says he does not see it as dumping as Australia has seen markets in the Pacific and is exporting pork to countries like Fiji. 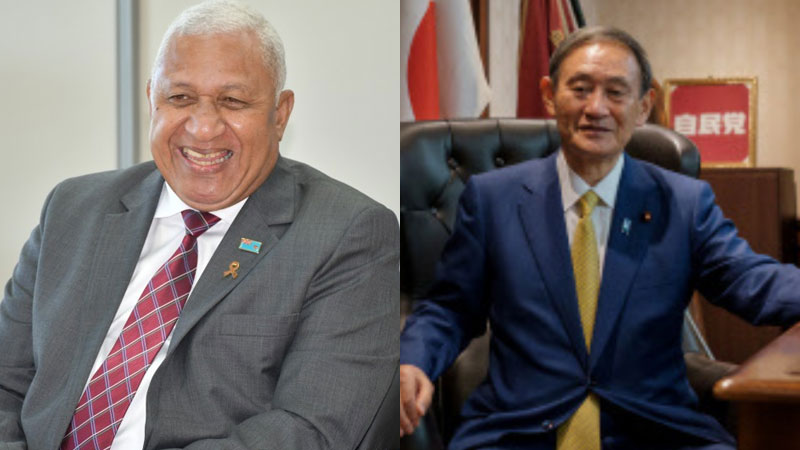 Prime Minister Voreqe Bainimarama has conveyed Fiji’s well wishes to Yoshihide Suga on his appointment as the 63rd Prime Minister of Japan. In a ... 13 minutes ago

Two men aged 18 and 19 who allegedly forcefully entered the home of a Police officer in Newtown in Nasinu on Saturday and stole assorted items have ... 15 hours ago
More News
TOP