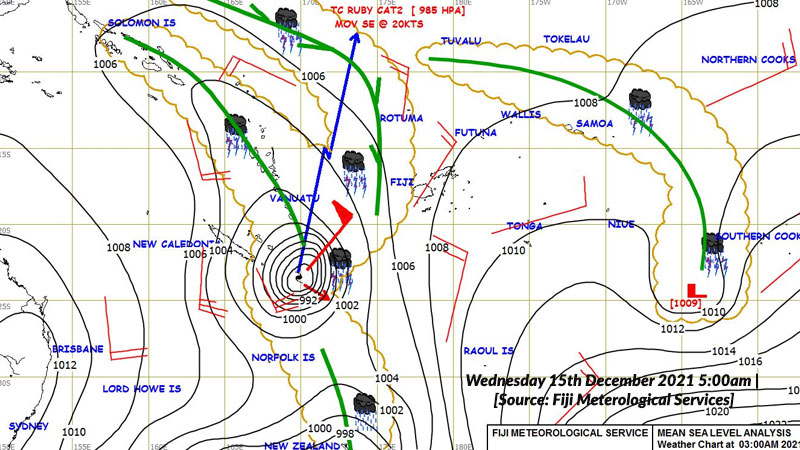 A Heavy Rain Alert is now in force for the northern, western and interior parts of Viti Levu which includes all areas from Tailevu to Sigatoka, Monasavu, Nausori Highlands, Nacocolevu and Lomaivuna, and Vanua Levu, Yasawa, Mamanuca Group and Kadavu.

The Weather Office says an active convergence zone is approaching the country from the west and is expected to affect the Fiji Group from later today.

A moist and humid northeast wind flow prevails over the country and is expected to become north to northeast later today.

Expect brief showers over the northeastern parts of the larger islands, Lau and Lomaiviti Group.

Showers are expected to become frequent over the northern and western parts of Viti Levu and Vanua Levu, Yasawa and Mamanuca Group and Kadavu this evening and increase to rain from later tonight.

For those under the Heavy Rain Alert - rain is expected to become frequent and heavy from tomorrow.

There will be a risk of flash flooding of low lying and flood prone areas during persistent localised heavy falls, risk of flooding of small rivers, creeks and crossings, poor visibility on roads in areas of heavy rain for drivers and reduced visibility at sea. The Nadi Weather Office says for Suva and surrounding areas, expect spells of heavy rain from Friday. 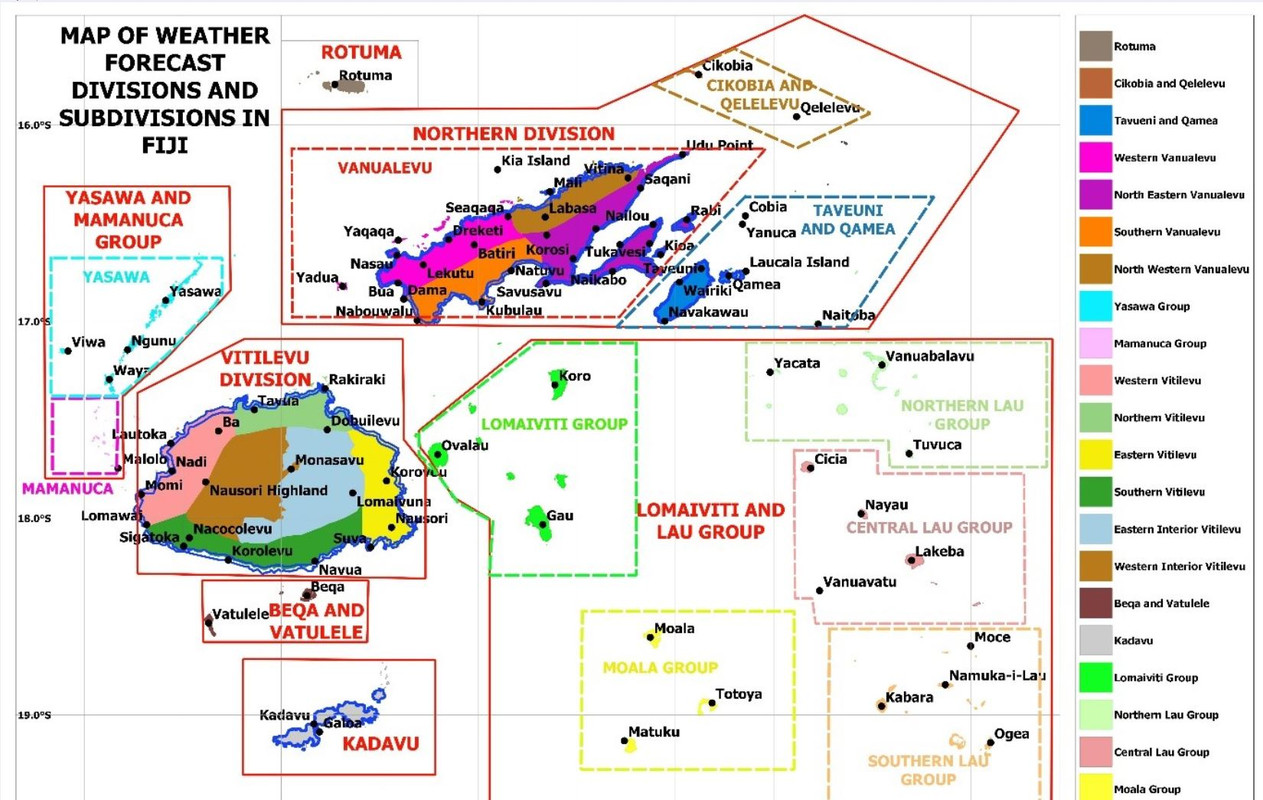