Prince Andrew loses military titles and use of HRH

Prince Andrew loses military titles and use of HRH 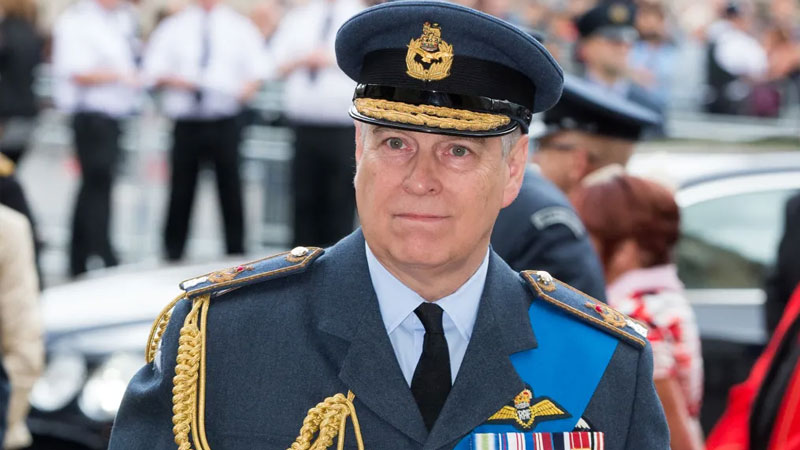 Britain's Prince Andrew has been stripped of his military titles and charities a day after a judge ruled a sexual abuse civil lawsuit against the Queen's son could proceed.

Andrew will also no longer use the style "His Royal Highness" in any official capacity.

Buckingham Place said in a statement "With The Queen's approval and agreement, the Duke of York's military affiliations and Royal patronages have been returned to The Queen.

The Duke of York will continue not to undertake any public duties and is defending this case as a private citizen," Yesterday, a New York judged ruled against a motion by Andrew's legal team to dismiss a civil lawsuit brought against him by Virginia Giuffre, who alleges that she was trafficked by disgraced financier Jeffrey Epstein and forced to perform sex acts with the prince at the age of 17.

Andrew has vigorously denied those claims. The allegations against Andrew -- along with his relationship with the late convicted sex offender Epstein -- had already tarnished the prince's reputation.

But the prospect of a public trial that would attract global attention could put Andrew – the third child and reportedly the favorite son of Queen Elizabeth II – in an unprecedented situation for a senior British royal.

Andrew had, in 2019, stepped away from his public duties as a result of allegations and the backlash over his initial response.

Permanent Secretary for Health Dr James Fong says health workers and frontliners have done their best for two years to protect as many of us as possib... 47 minutes ago
LATEST NEWS

The Fijian Government says in their effort to assist locals in reaching out to the Tongan victims of the recent volcanic eruption and tsunami, they ... 20 minutes ago

Actor Arnold Schwarzenegger has been involved in a car accident in Los Angeles. LA Police say a woman was hurt in the four-vehicle crash, which ... 42 minutes ago

Save the Children says they will join the response to assist families in Tonga affected by the volcanic eruption by establishing temporary learning ... 44 minutes ago