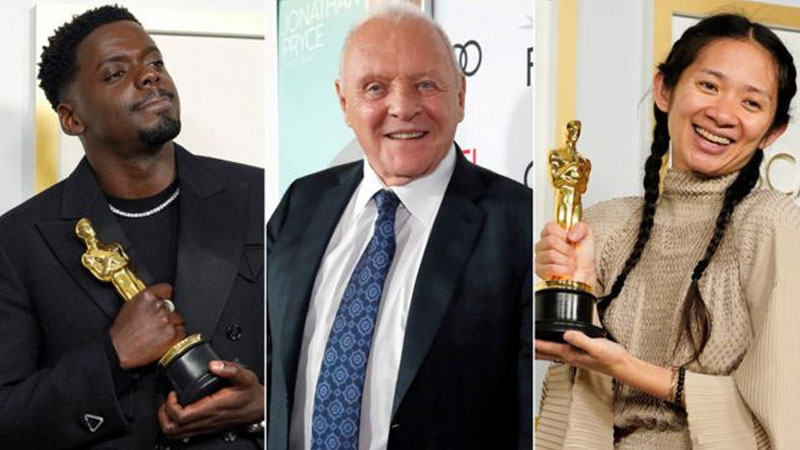 Nomadland's Chloe Zhao made history as the first woman of colour and second woman to win best female director.

Sir Anthony has become the oldest acting winner, earning his second Oscar at the age of 83 with his role in The Father, while Kaluuya is the first black British actor to win.

She won best original screenplay for Promising Young Woman, which she also directed.