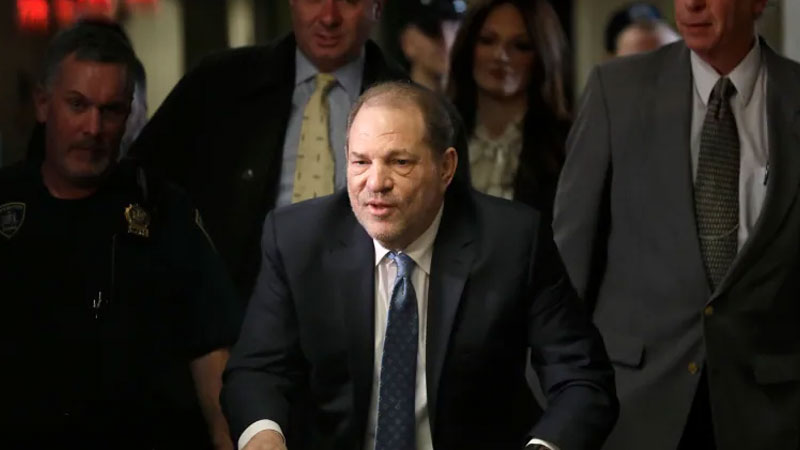 Disgraced Hollywood producer Harvey Weinstein has pleaded not guilty to rape and sexual assault charges in a Los Angeles court.

BBC News reports he appeared in court in a wheelchair after being extradited from New York, where he is serving a 23-year jail sentence for similar crimes.

The 69-year-old faces 11 counts of sexual assault in California relating to alleged incidents with five women.

He maintains his innocence and has said any sexual activity was consensual.

The incidents are said to have occurred in hotels in Beverly Hills and Los Angeles between 2004 and 2013.

BBC News reports the charges include forcible rape, forcible oral copulation, sexual battery by restraint, and sexual penetration by use of force.

More than 80 women have accused him of sexual misconduct, and some of the accusations date back several decades.

Allegations reported in 2017 contributed to the rise of the #MeToo movement, which encouraged people to share experiences of sexual harassment and assault.

However, very few of the allegations have led to criminal charges.

The pandemic and procedural delays meant Weinstein's extradition to California took well over a year.

Weinstein has produced several hit movies including Shakespeare in Love, which won the Oscar for best picture in 1999.

\Viliame Vodonaivalu has been appointed as the new CEO of FNPF. FNPF Board Chairman Daksesh Patel says the Board is confident that Vodonaivalu’s ... 22 minutes ago

Australian charity organisation, Heroes Need Heroes has donated over $46,000 worth of emergency response equipment to the Ministry of Health. The ... 38 minutes ago

Mia Kami whose new song ‘Rooted’ is playing on Legend FM and is available on Youtube says the song is a message about strength and who we are as ... 53 minutes ago

National Fire Authority investigators are currently collecting and analyzing evidence to determine the cause of major commercial fires on Sunday ... 58 minutes ago