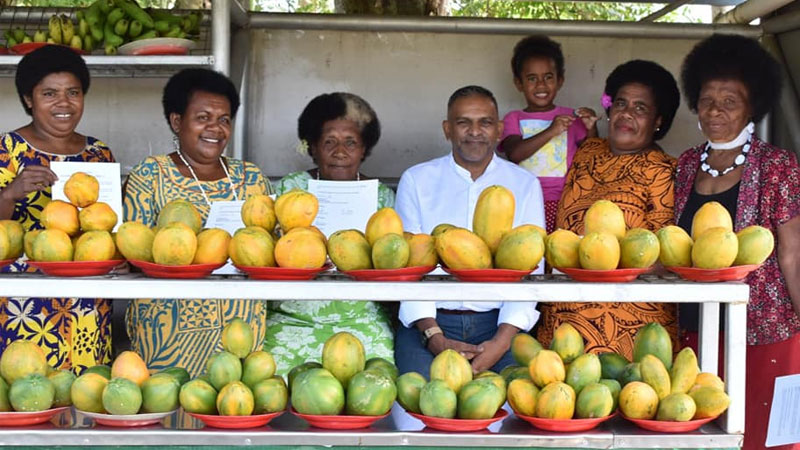 It was all smiles for Makereta Biau of Volivoli Village and 21 other vendors from Sigatoka and Nadi when they received 2-year leases for market roadside stalls.

The 42-year-old says she is grateful for the initiative as she is now the sole breadwinner of a family of four.

She says her husband was recently let go from work.

Biau says they plant majority of the vegetables and crops that they sell and buy the rest from neighbouring villages.

She says it is these sort of initiatives that gives people the passion and drive to carry on with their everyday life.

The Minister for Commerce Faiyaz Koya handed over 22 roadside stall leases to vendors from the communities of Sovi Bay, Korotogo Back Road, Volivoli, Batiri, Lomawai, Nawai and Yako from Nadroga .