No plans to legalize prostitution - AG

No plans to legalize prostitution - AG 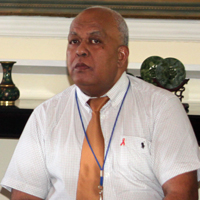 There are no plans to legalize prostitution in Fiji.

That is the confirmation from Attorney-General Aiyaz Sayed-Khaiyum.

He said a statement by Acting Permanent Secretary for Health Doctor Joe Koroivueta that a change to the Crimes Decree was being contemplated is incorrect.

The Attorney General stressed that no amendments to the Crimes Decree have been approved by cabinet.

Sayed-Khaiyum said any significant changes to this decree would require cabinet’s approval and would only occur after wide community consultations.

Doctor Koroivueta said in a World AIDS Day press conference at Government House that they are looking at the legalization of the sex workers in the country.

He said they were looking at the Crimes Decree and the HIV decrees.

However, as stated today by Sayed-Khaiyum, this is incorrect.