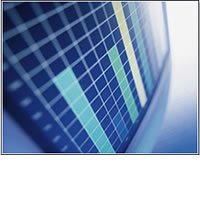 The latest economic review from the Reserve Bank of Fiji states that the October growth projection of 2.4 percent for 2009 is likely to be revised down substantially.

In line with expectations, visitor arrivals in January dropped by around 27.0 percent compared around the same period in 2008. The report further says that there are strong indications that the slowing world economy will heavily impact tourist arrivals.

With this, domestic exports rose by 18.6 percent in 2008 compared to a 0.7 percent decline in 2007, driven mainly by sugar, fish, gold, timber, flour, sweet biscuits, mineral water and other domestic exports.

On a positive note, the inflation rate in February fell from 6.1 percent in January to 1.9 percent, the lowest since July 2006.
Latest Videos

ŌĆśWe are not prepared to watch our reefs die, our fish stocks leave, and our communities be lost to the rising seasŌĆÖ. This message was relayed ... 5 hours ago