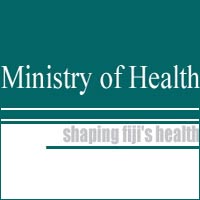 A death from fish poisoning and two deaths from dengue fever in the West.

A man has died of fish poisoning after scavenging for food at a rubbish dump in Ba.

The Health Ministry confirmed that some people have been involved in food scavenging at rubbish dumps in Lautoka and Ba.

Acting Permanent Secretary, Dr Joe Koroivueta said this is a serious issue as some people resorted to rubbish dumps to look for food after the floods in the Western Division.

It has also been confirmed that there are now 14 confirmed cases of typhoid in the Western Division.

Eight people are from Naitasiri settlement from Ba while the other six are from Koroboya village in Tavua.

Dr Koroivueta confirms six of the affected people are admitted at Ba hospital.

He has also declared a Public Health Emergency in these two areas for the next 30 days.

He added the ultimate aim of this emergency measure is to contain the outbreak and to also prevent the ongoing transmission.

Meanwhile, a total of four confirmed cases of dengue fever have been reported so far from the Western Division of which two have died.