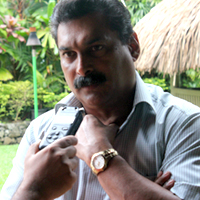 Fiji Sugar General Workers Union General Secretary Felix Anthony has today come out saying that claims by the Tropik Wood Chairman of sabotage in the mill are baseless and false.

In a statement, Anthony said Faiz Khan has also blamed the executives of the Fiji Sugar and General Workers Union for the sabotage which according to Anthony is nonsense.

He added the Union has never subscribed to such behavior and has no intention of doing so.

Anthony then goes on to say that it is Khan who is sabotaging the company by allegedly overpaying himself a salary reportedly being more than $300,000 for a part time job and an alleged bonus of more than $200,000.

Tropik Wood Chairman Faiz Khan said they can provide sworn affidavits of workers who will say that Felix Anthony allegedly went around Bua, Drasa and Labasa asking them not to bring any little issues to their managers and instead bring it to Anthony.

Khan said it is a typical tactic for unionists like Anthony to deviate from the issues at hand and then falsely accuse others of lying.

He said they are talking about repeated incidents of sabotage and foreign objects to enter the chipper from a pile of logs.

However, when we asked him what is his salary, Khan said it will not be revealed publicly.

“I don’t think it is a matter for public discussion but be rest assured that whatever the executives pay, is determined independently by review done by PricewaterhouseCoopers  and approved by the board. I don’t pay myself without any approval. (I) can also confirm that for the work I do, the previous executive is to be paid $720,000 as base salary for the work I do and I’m paid less than what Felix claims I’m getting paid as a base salary.”

$20,000 has been donated by Macao-based Chinese company David Group and its charity arm, Soi Ian Charity Association to the COVID-19 Relief ... 51 minutes ago