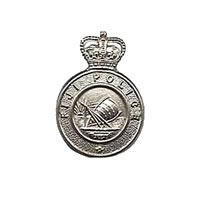 Police have revealed that an official inquiry into the death of prisoner Josefa Baleiloa will start soon.

Director Operations SSP Waisea Tabakau has confirmed this morning that they are treating the case as any other case and will investigate all those who are behind his brutal arrest.

The post mortem is expected to be conducted today.

Meanwhile, lawyers representing the family of Josefa Baleiloa who passed away yesterday morning, said they can't officially take the matter to Court yet, because they are still awaiting the results of a report which had been lodged to the Police in August.

Lawyer Simione Valenitabua said they had lodged a complaint with the Professional Standards Unit in August, in relation to the alleged injuries Baleiloa received during his recapture in Cunningham on July 28th and so far no official reply has been received from the Police on how far investigations have gone.

He said they will also await the Pathologist’s report as well as for the mourning period to be complete, before they decide on further action.

Valenitabua added once investigations into the matter are complete, legal action will then be taken on those responsible.

Meanwhile, ousted Opposition Leader Mick Beddoes said the circumstances have now changed and he hopes Interim Defense Minister Ratu Epeli Ganilau gets involved in ensuring that those responsible are held accountable for their actions.

Josefa Baleiloa died at the CWM Hospital yesterday morning after being beaten up by police upon his capture in late July.

Former Prime Minister and Leader of the People's Alliance Party, Sitiveni Rabuka has assured the new Indian High Commissioner that the People’s ... 24 minutes ago

Prime Minister Voreqe Bainimarama has highlighted that the Moderna vaccine is first being administered to 15 to 17-year-olds who are nearing the end ... 32 minutes ago

The Interpretation Amendment Bill 2021 will be debated in parliament this Wednesday. Attorney General, Aiyaz Sayed-Khaiyum says this bill has been ... 34 minutes ago