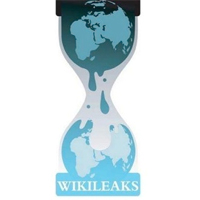 The New Zealand government has been accused of spying on the Fiji Military Forces by using a satellite communications monitoring facility in the Waihopai Valley according to the latest dump by whistle blower website Wikileaks.

Stuff.co reports that New Zealand used the Waihopai communications base to spy on Fiji's military, passing the intelligence to the United States Government.

It said the base was used in the 2006 coup and probably the 2000 coup, although New Zealand officials have always denied that they were spying.

The report also said the WikiLeak cables, taken with other information made public on Fiji, point to the Government Communications Security Bureau being capable of listening in to Fijian mobile phones.

The cable does not disclose what New Zealand intercepted from the Republic of Fiji Military Forces, which was founded by New Zealand in World War II.

An earlier cable, on March 2, 2007, from the US embassy in Wellington and written by deputy chief of mission David Keegan, reported that then prime minister Helen Clark understood the implications of a post-September 11 world for New Zealand security.

It said Clark also realised after the Fiji coup that New Zealand had become too reliant on Australian intelligence.

Stuff.co said these revelations would anger Fiji’s Prime Minister Commodore Voreqe Bainimarama who had publicly expressed fears to the time that Australia and New Zealand were engaging in covert activity.