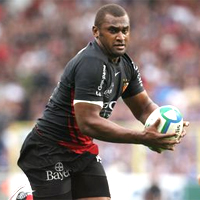 Top Fiji and Nadroga rugby utility back, Maleli Kunavore has passed away.

Kunavore who just turned 29 on Tuesday died at his Suva home last night.

Kunavore was a member of the Ilivasi Tabua coached side that reached the quarter finals of the 2007 Rugby World Cup in France.

He played as a centre, wing or fullback.

He also played for Toulouse in the Top 14 and Heineken Cup.

Kunavore began to shine when he represented the Fiji U21 side in 2004.

A year later the solid speedster was the top try scorer for the Stallions in the Colonial Cup.

The ginger haired Nakalavo man improved with every match and scored one try and two conversions to help his province Nadroga with the Fiji Cup final in 2005.

He then earned his first Test cap and also scored a try to help Fiji defeat Samoa 21-15 in Suva.

In mid-2005 he left Fiji's shores for a position at Toulouse in France.

In early 2010, Kunavore underwent a cardiac operation in France.

He left Toulouse and retired from rugby soon after.

Kunavore was one of the top try scorers in the French T14 competition in 2008.

He also got married that year to Bulou Sema.

Tabua said Kunavore was a very humble man who wanted to do the best for the country.