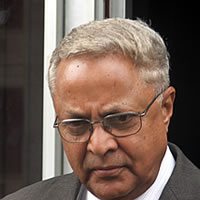 While addressing the ACP Sugar Ministers meeting in Ethiopia, Chaudhry made a strong case for special support in-light of the these new challenges which were not anticipated and not taken into consideration when price reduction was agreed upon under the sugar reform.

Chaudhry expressed deep concern at the substantially reduced price for ACP sugar which would apply from October 1st 2009 when the full 36% cut in prices comes into effect.

He stressed that the ACP Sugar Group had consistently maintained that this level of price cut was extremely drastic and that the current surging oil prices had directly impacted on freight and transport costs which had also substantially increased farm input costs.

The Interim Sugar Minister told the meeting that the socio-economic importance of the sugar industry to ACP countries and the role it plays in providing employment, rural incomes and food security needs to be once again brought to the forefront of the ACP-EU cooperation agenda.

The ACP Sugar Ministers meeting, held at the weekend, took decisions on a number of key issues relating to the transition from the sugar protocol to the new sugar arrangements with the EU.
Latest Videos