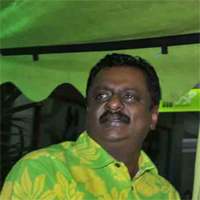 Lautoka, Ba and Tavua Special Administrator Praveen Bala, who is charged with dangerous driving occasioning death, is expected to take his plea next year.

The matter has been adjourned to 25th March next year for disclosures and plea.

It is alleged that Bala hit a 48-year-old man who was crossing the road at Teidamu, Lautoka, earlier last month.

The man was taken to the hospital where he died after three hours.

A 31-year-old woman who crossed the Nawaka containment area to travel to Vatusekiyasawa Village in Ra has been taken into police custody. Acting ... 44 minutes ago